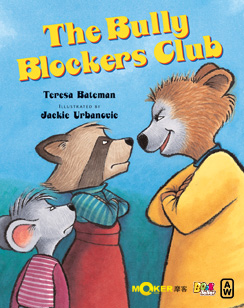 Book
Intro
Lotty Raccoon is excited. This year she has a new teacher, new backpack, and new shoes. But her enthusiasm quickly wanes when Grant Grizzly begins bullying her. At the advice of her brother and sister, Lotty tries ignoring Grant and making a joke of it all, but neither approach works. When her parents hear about Grant, Lotty’s dad talks to the teacher. Although the teacher speaks to Grant and Lotty, now Grant just bullies her when no adult is around. After talking to her family again, Lotty comes up with an idea. She notices other kids are being bullied by Grant, too. She gathers everyone together and they form a club—The Bully Blockers Club. Now when Grant tries to bully someone, the other kids speak up. That gets an adult’s attention, and Grant stops his bullying!
Book
Excerpt 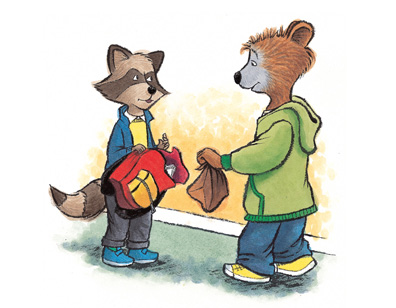 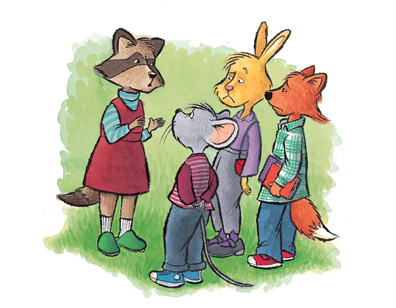 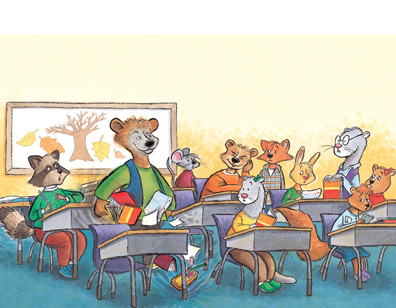 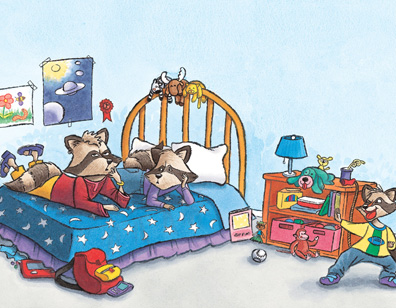